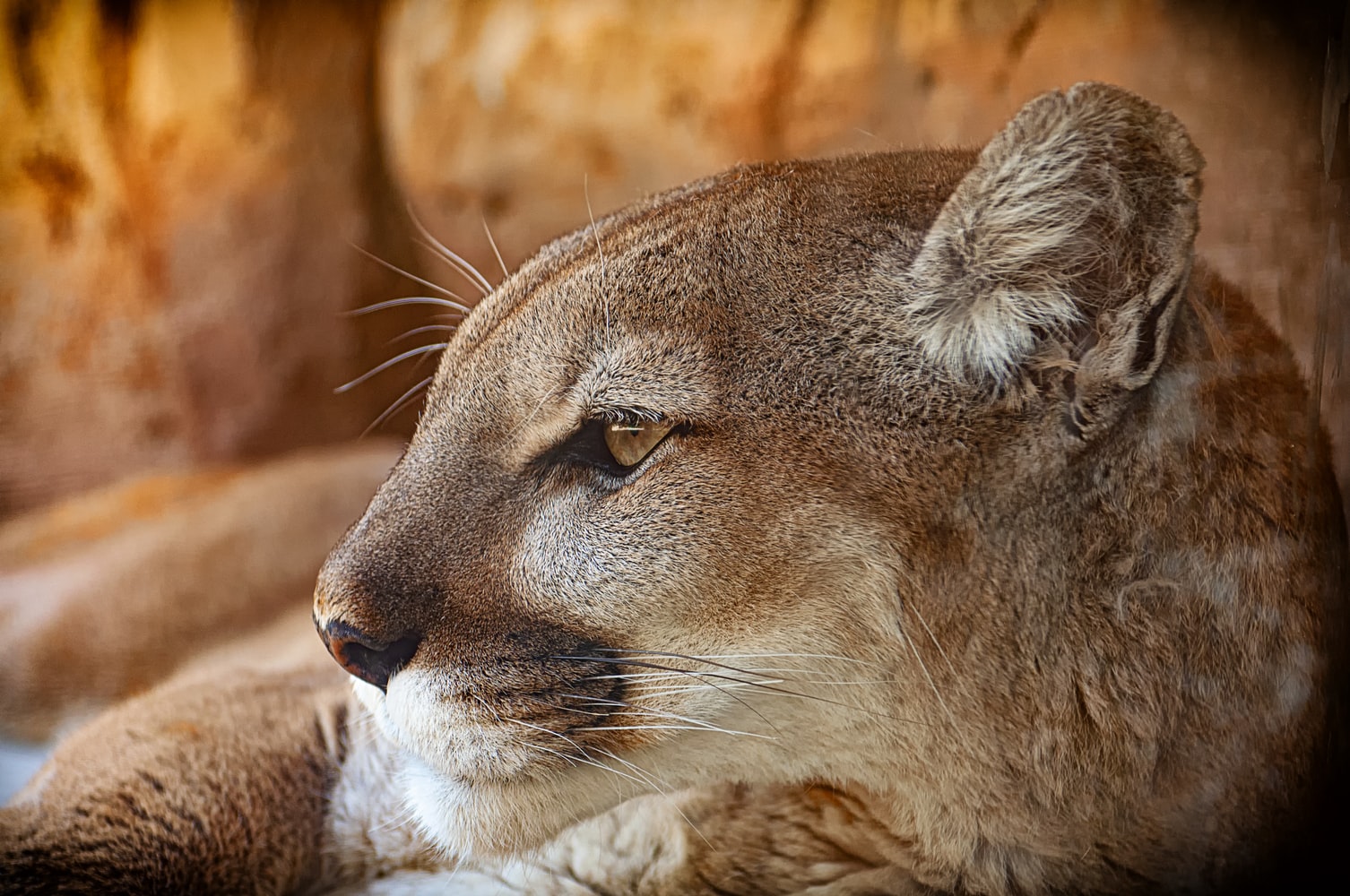 Mountain lions are not attracted to menstrual blood. The average mountain lion prefers to avoid human contact and will often move in the opposite direction even when presented with an opportunity to attack.

The only time a mountain lion may become inquisitive is if food gets left outside including meat.

This is when the mountain lion is going to start venturing closer to the scent, but this will never have to do with your menstrual blood!

If you are on your period, don’t be afraid to go camping.

What are some of the things mountain lions are attracted to?

If you are thinking about packing deer meat in your cooler for a quick sandwich, this might not be such a good idea when camping. Mountain lions actively seek deer when hunting, so this is just going to lure them in even if it’s unintended.

Be smart and pay attention to your surroundings, especially when it comes to what animals prefer eating.

Having a buffet of freshly prepared deer meat is not a good idea outdoors with mountain lions.

For those asking, “Are mountain lions attracted to menstrual blood?”, this guide will take a look at how to stay safe from mountain lions when camping and what to think about as a camping enthusiast with these animals around.

Tips on How To Prevent Animal Attacks When Camping

When asking “Are mountain lions attracted to menstrual blood?” it’s important to think about what type of tent is being used.

If you are worried about the scent of your period attracting a big cat, you have other things to worry about. The cat won’t come for your blood, but it is certainly going to become a risk if there’s food inside the tent and your tent isn’t sturdy!

It’s highly recommended to go with a well-acclaimed camping tent to prevent animal attacks. This includes mountain lions that start getting active around the camping area.

It’s rare, but this is still something you don’t want to deal with!

If you have something that is well-built, you are going to have an easy time camping with mountain lions around whether you’re inside or outside the tent.

Just getting a good-quality tent will provide peace of mind and is going to make it easier to sleep well at night.

Of course, a tent alone isn’t enough, but it’s a good foundation to build from.

Tip #2: Do Not Leave Food Out in the Open

This is the worst mistake you can make!

The reason you shouldn’t ask questions such as “Are mountain lions attracted to menstrual blood?” comes down to focusing on the wrong thing.

It is the meat in your cooler that is going to be a serious concern. This is what the mountain lion may sniff out if it is close enough.

Leaving food out in the open not only attracts mountain lions but can also attract a whole host of other animals including bears.

As a result, you should look to buy a good-quality food storage option to hang your food from a tree.

This is going to suppress the scent of your food, while also making sure other animals don’t get into the cooler and/or boxes you’ve brought along for the camping trip.

Camping with mountain lions is tough, but it’s even harder if food is left out on the open. You are just inviting trouble!

Pepper spray is something you don’t want to use, but it’s good to have a backup plan in place.

In essence, you are going to want a high-quality pepper spray that could subdue a mountain lion enough for you to run.

Remember, the pepper spray doesn’t mean you’re completely safe. You will still have to run, but it’s a good safety option to have up your sleeve while camping.

Take your time when learning how to use pepper spray for camping. You want to make sure it is used the right way, so you have the time to spray it promptly during an animal attack.

In that moment, you won’t have a lot of time to act.

This is why preparation is a must.

Good pepper spray can go a long way when it comes to staying safe and preventing animal attacks.

When done the right way, you are going to see tangible results even when a larger animal attacks.

Of course, don’t use it until you have no other option. The reason has to do with most mountain lions not wanting to attack humans.

It is just not what they like doing, so any attack is out of natural instinct to protect themselves. If you don’t bother them, they won’t get in your way.

Do you know where mountain lions tend to settle near the camping spot you’re looking at?

Do your homework beforehand.

When asking questions such as “Are mountain lions attracted to menstrual blood?”, you should also have an eye on the main hotspots for these animals. It goes a long way in staying safe, so you look for other spots around the area.

In the end, no mountain lions are not sniffing out menstrual blood. Mountain lions have no interest in period blood and would rather find deer to hunt.

Look to set up a good tent, know where mountain lions tend to settle, and ensure you have a good pepper spray on-hand before camping in these areas.

Refresh Outdoors is a participant in the Amazon Services LLC Associates Program, an affiliate advertising program designed to provide a means for sites to earn advertising fees by advertising and linking to Amazon.com.